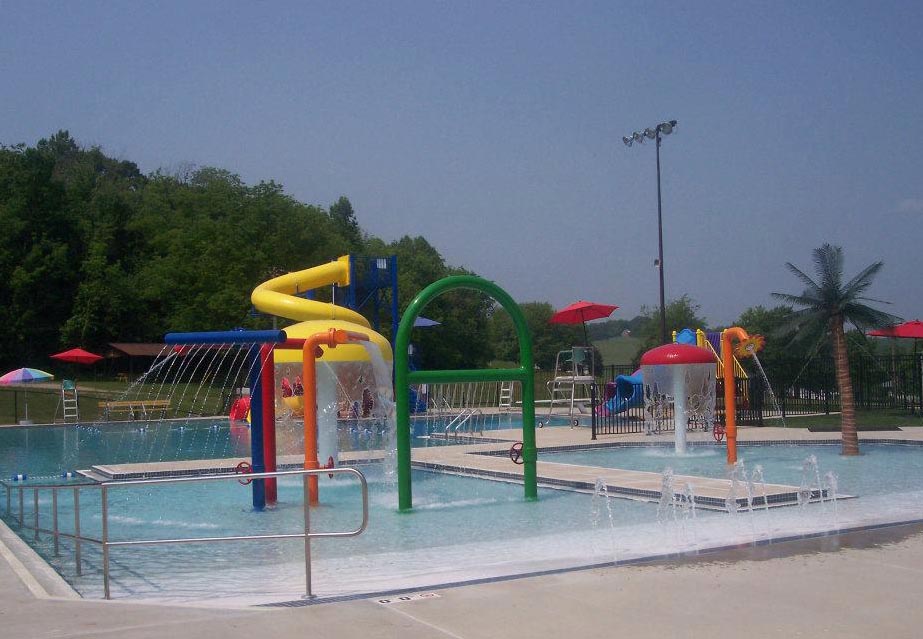 As of August 2010, the newly renovated swimming pool at Franklin Community Park is now open. The first-phase construction has been completed for the pool, located in the park at 115 Warchol Road in Flatwoods, about two miles from Route 51.

Previously named the Curfew Recreation Center, the park was owned by Curfew Grange 1052 before being bought by the township in July 2007. A five-member recreation board is overseeing activities at the park.

This first phase of renovation included refurbishing and enlarging the main pool and adding two areas: a tot area and an intermediate area that are both accessible to those with physical disabilities. About 10 water play features were added to these areas, ranging from bubble makers to water sprayers to slides. A new concrete deck around the pool and a new filter building were also added.

Next year's plans call for the renovation of the bathhouse, including a new roof and making it handicapped accessible, as well as renovating the parking area and making it accessible to the physically disabled. The 50th anniversary of the pool will be observed in 2011.

Franklin Township Supervisors thanked all the elected officials who supported the project. The state Department of Conservation and Natural Resources awarded the township a $550,000 matching grant for the two-year renovation project. Fayette County Commissioners Vincent Zapotosky and Vincent A. Vicites, state Sen. Richard Kasunic, D-Dunbar, and state Rep. Deberah Kula, D-North Union Township, helped the township obtain a portion of the match through the state Department of Community and Economic Development and the Fayette County Redevelopment Authority as well as the Fayette County Tourism Grant Program.